3 Car Part Defects That Can Cause Accidents

The most careful driver in the world would still be powerless to avoid a car crash caused by mechanical failure. These accidents can be terrifying for everyone involved. One moment everything is fine, and you are cruising down the road in control of your car. Then suddenly, you realize that you are no longer in control of your car, and a crash is inevitable.

Initially, it may even appear to others that the crash was your fault. You are left trying to figure out what went wrong. Fortunately, the maker or seller of a defective car part can be held liable for any accidents that happen because their part failed. Those responsible for putting a defective product on the market are responsible for the injuries the defect causes. Anyone from the manufacturer to the mechanic who incorrectly installed the part may be the liable party. An attorney can help you determine what happened and who you may have a claim against.

Some car parts can fail without causing an accident. You will probably not get into an accident if your speakers stop working or your interior lights quit. However, other parts can cause nearly immediate crashes when they abruptly fail. When defective car parts cause accidents, the parts most likely to blame are:

The 5 Most Dangerous Kitchen Appliances 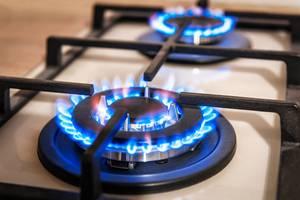 While the bathroom is typically the most dangerous room in a house, the kitchen is a close second. Anything from burn injuries caused by a hot stove to lacerations sustained while chopping vegetables can happen in a kitchen. Using reasonable care can help you avoid some types of kitchen injuries. However, when a kitchen appliance or other product is defective, there is probably nothing you can do to avoid getting hurt. Injuries caused by defective kitchen products can be severe. They often involve explosions, gases, or fires, all of which can be extremely harmful or even lethal. If you were injured due to a defective product, you will need to speak with an attorney as soon as possible. You may be entitled to financial compensation.

Which Kitchen Products Are Most Likely to be Defective and Dangerous?

You might have heard a commonly cited statistic that you are more likely to be killed by a defective toaster than a shark. This is very true. But toasters are just one of many kitchen appliances that can become deadly when they have a defect. A few kitchen products that could become very dangerous if defective include: 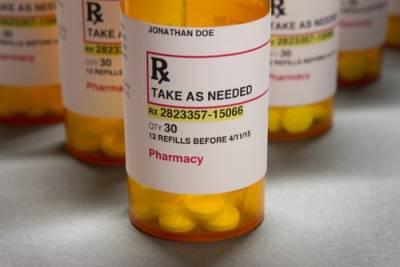 We trust our doctors and pharmacists to provide us with safe medications that are meant to help us emotionally, psychologically, and/or physically. Unfortunately, these medications do not always meet this standard and instead can result in harmful side effects that could result in long-term consequences. Victims who suffer injuries from pharmaceutical drug defects can work with a product liability attorney to better understand the risks of consuming such drugs and who should be held responsible.

Causes and Consequences of Defective Drugs

The sale of over-the-counter and prescription medication in the United States is regulated by the Federal Drug Administration (FDA). However, FDA-approved drugs can still end up being defective, as evidenced by the thousands of drugs that have been recalled in recent years.

If consumption of a medication results in negative side effects, including severe side effects that outweigh the potential benefits of the medication, the drug is considered defective. There are multiple manners in which a pharmaceutical drug-related defect can transpire. A drug may result in dangerous and unexpected side effects if it was not adequately tested or if it was manufactured incorrectly. Additionally, drug defects also include drugs that are improperly or insufficiently labeled and fail to include necessary warnings.

Thousands of products are recalled for safety concerns each year. In some cases, companies preemptively realize the fault before consumers are injured. In other cases, defects in a product can cause injuries or even death before the company is made aware of the defect. Either way, the company could be held liable for injuries caused by their product, especially if the injury was caused by something that was not the consumer’s fault. This seems to be the case in the recent recall issued by IKEA, a Swedish furniture and home goods manufacturer. IKEA recently recalled thousands of cups, bowls, and plates that were reported to have caused injuries across North America.

Dinnerware Is Prone to Shattering

According to the Consumer Product Safety Commission (CPSC), IKEA recalled around 159,000 units of the “HEROISK” and “TALRIKA” model cups, plates, and bowls from North America last week, with around 11,400 of those units being recalled from Canada. The recall was a result of reports of the dinnerware becoming brittle over time and cracking or breaking. Some of the incidents resulted in burns from hot food or liquids, but only one of the incidents reported was from the U.S. There has been speculation that the material the dinnerware was made out of could be the reason for the brittleness. According to the CPSC, the units were made from PLA, which is polylactic acid or polylactide, a material made out of renewable resources.

Burn Injuries and Their Complications

All of the reports of injury that were received for these products were due to burns sustained by victims, some of which needed medical attention. Most of us have been burnt in some form over the years, however, burns can become extremely painful and even life-threatening in some situations. Burns are typically classified by degrees depending on how severe they are. A first-degree burn only touches the top layer of skin, while third-degree burns reach all the way to the lowest layer of fat beneath your skin.

The Dangers of Defective Toys 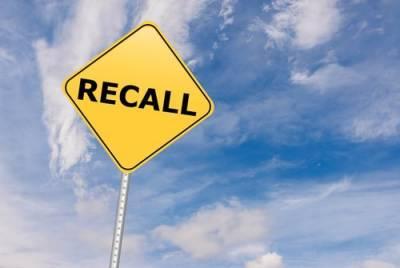 Toys can provide hundreds of hours of play and learning experiences for children of all ages. Most children have a favorite toy, but what happens when it is a hazard to their life due to a manufacturing defect or poor design? Toys that fall under these categories can cause death or serious injuries. When companies release hazardous products and children get hurt, they must be held responsible through product liability lawsuits.

According to the U.S. Consumer Product Safety Commission, 217,000 children a year are treated for toy-related injuries. Not all of these hospital visits are for defective toys, but when companies do not carefully develop products, children can suffer from suffocation, burns, or the effects of dangerous chemicals.

As a parent, it is important to keep aware of consumer recalls and potential hazards when providing a toy to a child. These dangerous products were recalled due to company oversights that caused harm to children.