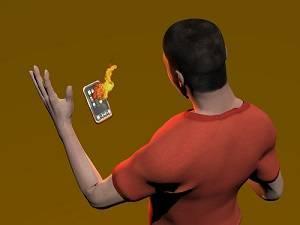 In several recent posts on this blog, we discussed some of the dangers associated with cell phone use while driving. Texting, checking emails, and even just talking—hands-free or not—can lead to serious accidents and severe injuries. Sometimes, however, a cell phone can be the source of danger, even when it is nowhere near a moving car. Sometimes, the phone itself is defective and can cause damage and injuries to its user. It is exactly this type of situation that has led to a massive recall by one of the world’s leading cell phone manufacturers, the fallout of which has been felt around the globe.

South Korean electronics giant Samsung announced last month that it was recalling some 2.5 million units of its high-end flagship smartphone, the Galaxy Note 7. The phone had only been on the market for less than a month when users first began reporting incidents of overheating. Some phones even caught fire and exploded. The problems were initially blamed on a particular type of battery being used in the production process, and replacement phones were given to affected customers. Then, the replacements allegedly started exploding and catching fire too.

In the weeks that followed, Samsung completely halted production of the Galaxy Note 7, and, according to reports, the company is still unsure of what is actually causing the overheating problem. In addition, U.S. transportation officials banned the devices on aircraft, citing the potential dangers they presented. Transportation Secretary Anthony Foxx announced that passengers found with the phones could face fines of up to $180,000 and possible prosecution.

Despite the recall and the headline-grabbing issues with the phone, it seems that many users are either unaware of the problems or unwilling to part with their new devices. As of last week, there were still an estimated one million Galaxy Note 7 phones still in use around the world. If one of these devices should catch fire or explode, the results could be disastrous. Thus far, there have been no reports of serious injuries or deaths connected to the recall, but the possibility certainly exists.

If you have been injured by an overheating smartphone or any other defective product, you need a lawyer who will fight to ensure your rights are fully protected. Contact an experienced Aurora product liability attorney for help with your case today. Call Kinnally Flaherty Krentz Loran Hodge & Masur, P.C. for a free, no-obligation consultation.