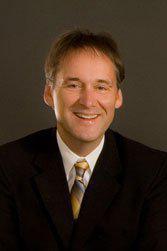 Mr. Masur practices in the areas of personal injury, wrongful death, and workers’ compensation. He has been recognized by his peers as among the top five percent of all Illinois lawyers in personal injury and workers’ compensation litigation and has received the highest rating for integrity by his peers. He has obtained settlements in excess of a million dollars on behalf of many injured people. He is recognized as a leader in the field of work injuries and is widely respected for his knowledge and skill.

He graduated from Brentwood High School in Pittsburgh, Pennsylvania in 1982. He received his undergraduate degree from the University of Illinois at Chicago in 1986 and his law degree, with distinction, from John Marshall Law School in 1989.

Mr. Masur has been named among the top One Percent of all lawyers nationwide by the National Association of Distinguished Counsel and he has been selected as one of the “Top 100 Trial Lawyers” in Illinois by the National Trial Lawyers Association. He has been named a “Leading Lawyer” by survey of his peers, signifying that he is among the top 5 percent of all Illinois lawyers in the field of personal injury and workers’ compensation litigation. Mr. Masur was selected as a part of the "10 Best" for Client Satisfaction by the American Institute of Personal Injury Attorneys for 2015, 2016 and 2017. Mr. Masur has also been named a “Super Lawyer” in workers’ compensation litigation by survey of his peers, a distinction likewise limited to the top 5 percent of all lawyers who practice in Illinois. Since 2005, Mr. Masur has been named a "Super Lawyer" 12 times, including his 2021 selection. Based on his extraordinary legal expertise, competency, reputation and ethical standards, Mr. Masur has been selected a “Best Attorney” by the Best Attorneys of America. He was inducted into the Brentwood High School Hall of Fame in 2012 (Pennsylvania).

Mr. Masur was born in Pittsburgh, Pennsylvania, March 19, 1964. He is a resident of Naperville. He has been married to his wife, Terese, for more than 26 years, and they have three children, Markian, Alec and Hannah.

He is an active member of St. Peter and Paul Ukrainian Orthodox Church, having served as its elected Parish Council President on numerous occasions.

"Life lessons and ethics instilled in me by my parents and educators continue to guide me in my daily life. I am passionate about the law and maintaining the rights of my injured clients. Hard work is the staple of my practice. I believe each client is entitled to my best effort, regardless of the size or complexity of the case."