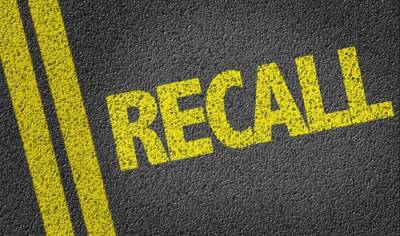 No consumer purchases a product and expects it to cause harm. That is why consumers are protected by product liability laws, which gives resources in the event a product caused injury or death. This makes manufacturers and companies liable for any misfortune that their products have caused. There is a responsibility that companies have when providing safe products, or doing their due diligence in providing warnings in other circumstances.

Over 200,000 injuries of children reported in hospitals were caused by toys in 2016. While children may be easier victims of product liability, here are some of the biggest cases in the United States.

General Motors - This American car company, based out of Detroit, is behind reputable car brands such as GMC, Chevrolet, Buick, and Cadillac. However, in 2014 many models of cars were found to have an ignition switch fault that could cause the engine to shut off at any time while in use. This fault caused at least 31 accidents that resulted in the deaths of 13 General Motors customers. Over 26 million cars were recalled, and a fund was created for victims of the faulty ignition switch.

Big Tobacco - Smoking had one time been the epitome of cool, but since 1999 the way big tobacco companies were able to market their products changed thanks to the attorney generals in 46 U.S. States. It was settled that the tobacco industry had been marketing products that caused health problems and expenses to health care systems. The U.S. Justice Department later sued big tobacco for misleading consumers about the health concerns of cigarettes for over 50 years. It was found that addictive properties were added to tobacco, and in a year later in California, $51.5 million was awarded to a smoker that developed lung cancer.

Breast Implants - Women have been able to augment their breasts with silicone inserts in the 1960s. However, at the time, the technology was poorly tested and not government regulated. In 1976, breast implants began to be regulated by the FDA. Dow Corning, a manufacturer of silicone breast implants, had a product that would rupture while in the body cavity. In 1984, a woman won nearly $2 million for damages after her implants caused an autoimmune disease and the company had a record of being aware of the faulty product. The company would later be based with a liability class action suit that awarded over $2 billion.

Companies should be held responsible for misleading customers or being negligent. Contact an experienced Aurora personal injury attorney to get the compensation you deserve for an injury or death caused by a product. Call our office at 630-907-0909 to schedule a free consultation.