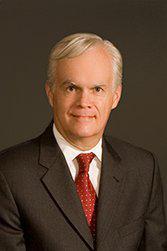 Mr. Flaherty limits his practice to all phases of personal injury, wrongful death, workers' compensation cases, including medical malpractice, auto accidents/truck accidents, construction accidents, defective products, premises accidents, train accidents, nursing home injuries and sexual abuse. His extensive experience in medical malpractice includes birth injuries, diagnosis errors, surgical errors and medication errors. He has been recognized by his peers as among the top five percent of all Illinois lawyers in personal injury, workers’ compensation and medical negligence litigation and has received the highest peer rating for skill and integrity. He has obtained many multi-million dollar verdicts and settlements and is widely respected as a champion for the victims of negligence and wrongdoing.

Mr. Flaherty has been selected as one of the “Top 100 Trial Lawyers” in Illinois by the American Trial Lawyers Association and among the top 1 percent of all lawyers nationwide by the National Association of Distinguished Counsel. He has been named a “Super Lawyer” since 2005 by survey of his peers, signifying that he is among the top 5 percent of all Illinois lawyers in the field of personal injury litigation. Most recently, Mr. Flaherty was selected as a "Super Lawyer" in 2021. He has also been named a “Leading Lawyer in Personal Injury, Workers’ Compensation and Medical Malpractice” by survey of his peers, a distinction likewise limited to the top 5 percent of all lawyers who practice in Illinois. He was selected by Law & Lawyers Magazine as one of the top five lawyers in all practice fields and one of the top four lawyers in Personal Injury Litigation/Workers' Compensation from Kane, Kendall and DeKalb counties in Illinois. Kinnally Flaherty Krentz Loran Hodge & Masur, P.C. is the only law firm with two members named among the top five lawyers in the tri-county area.

Based on his extraordinary legal experience, competency, reputation and ethical standards, Mr. Flaherty has been selected as a Best Attorney by the Best Attorneys of America and one of the "Top 10" personal injury lawyers in his county by The American Institute's Personal Injury Division. He has received the highest evaluation from AVVO with a “10.0 Superb” rating. He has also received the highest rating from his peers for skill and integrity with an AV Preeminent designation by Martindale-Hubbell. He has been voted to the Board of Managers of the Illinois Trial Lawyers Association and to the Board of Directors of the Kane County Bar Association. He was president of the Kane County Bar Association in 2007 - 2008. He also has been appointed by the Illinois Supreme Court to its Committee on Character and Fitness, Second District.

Mr. Flaherty was born in Aurora, Illinois on September 20, 1951. He is a lifelong resident of the Fox Valley. He has been married to his wife, Judy, for over 30 years, and they have four children, Benjamin, Mark, Katie and Daniel. One child has been disabled since birth, giving Mr. Flaherty a personal perspective on the struggles faced by families whose loved ones suffer disabilities. He put himself through college working at factories such as Caterpillar Tractor Company and National Metalwares, Inc.

He has been involved in the communities of the Fox Valley for many years. He coached baseball with Aurora Boys Baseball for five years and a team of disabled children with Batavia Boys Baseball for three years. He served on the Aurora Preservation Commission in the City of Aurora for four years and on the Board of Directors for the Association for Individual Development for over ten years. He is currently vice-chair of the AID Board of Directors. Mr. Flaherty was also appointed by the Chairman of the Kane County Board in 2014 to the Work Force Development Board serving Kane, Kendall, and DeKalb Counties. In 2013, he received the Lyle Oncken Community Service Award from the Kane County 708 INC Board for outstanding advocacy on behalf of people with developmental disabilities. In 2014, he received the Community Service Award from the Kane County Bar Association for his commitment to community involvement and community improvement.

"There are bullies in adult life too. They come in the form of people and corporations who don't think they should be held accountable for the harm they cause. My job, on your behalf, is to make them reconsider."