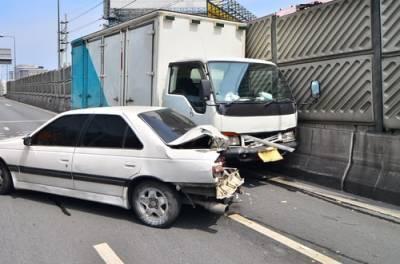 Getting in a truck accident is a great fear for many people. Trucks themselves are large and often carry hefty loads of cargo. When driving, people are often cautious of trucks, but deadly accidents still happen. Drivers can take certain precautions when sharing the road with truck drivers, but a negligent truck driver or company is no match for small errors passenger car drivers can make.

The Insurance Institute for Highway Safety states that in 2018, 4,136 people died as a result of getting into an accident with a truck. The majority of these deaths were people in passenger cars. Truck drivers have the advantage of being protected in a vehicle that weighs upwards of 30 times more than an average car. A truck can roll over, but in an accident with another smaller vehicle, a semi-truck is likely to come up on top.

When a truck accident is caused by a negligent truck driver or company, reasons for this happening can include but are not limited to, an overtired driver, a driver working past the legal limit of driving hours, a company not doing a thorough inspection of their feet. Other drivers cannot control these things, but they can make decisions for a safer roadway with trucks. 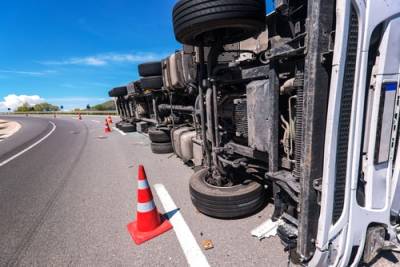 Truck accidents are one of the most dangerous auto accidents a person can be involved in. This is because commercial trucks can weigh up to 80,000 pounds, which can easily cause devastation. People in passenger cars and motorcycles are the most at risk during a truck accident. During 2017, nearly 5,000 people were killed in truck accidents, and only 18% of those deaths were occupants of a truck.

When someone is involved in a truck accident more questions arise than answers. Many variables can contribute to any auto accident, but what makes truck accidents unique is that a company is behind a truck instead of another private party. A truck driver on the road is at work, and are required to follow rules like any other workplace. When these rules are broken by either the truck driver or the supporting company, the consequences are large. A victim of a truck accident may have these questions following the incident.

Do I Need an Attorney?

It is not a requirement for an accident victim to have a lawyer, but if they are seeking compensation, they will be the best resource for a successful settlement. The most important part of any personal injury case is proving negligence. If a driver was overtired or the company was not properly maintaining their fleet, a skilled attorney will know to collect this evidence for a case. Unlike a private party, a trucking company likely has a team of lawyers for this reason, so going at it alone will not likely end in the plaintiff’s favor.

How Serious Is Trucker Exhaustion? 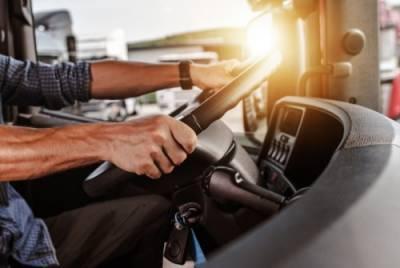 Everyone gets tired while doing their jobs. However, when a truck driver gets fatigued, the result can be fatal. In 2017, 4,102 people died as the result of a truck accident. The majority of these deaths are people in passenger cars, so when a truck driver falls asleep behind the wheel, it is the drivers around that suffer.

To prevent driver fatigue the United States Department of Transportation has rules and regulations regarding truck drivers. These rules keep in mind the truck drivers well-being as well as keep the roads safer. Each time a truck driver beings a shift, it must begin with 10 consecutive hours of rest. In-between rest periods, drivers are limited to 14 hours of being on duty. Three of those hours must be used for breaks while on the road, totaling 11 hours of driving time. After eight hours, the driver must take a 30-minute break as well. A driver is limited to 60 hours total on duty during a seven-day period, and 70 hours during an eight-day period. Before restarting a seven-day work week, a driver must rest for 32 consecutive hours that include hours of 1:00 a.m. to 5:00 p.m. twice.

Before 2011, the cut off for time worked for truck drivers was 82 hours. The new rules were put in place to give truck drivers adequate rest. However, many drivers and companies disagreed with the new regulations because they cut down on productive work hours. Since the amount of truck accidents caused by fatigue totals only 7%, compared to brake errors and negligent driving, many people in the industry claim the cuts were unnecessary.

Who Is Responsible for Truck Accidents? 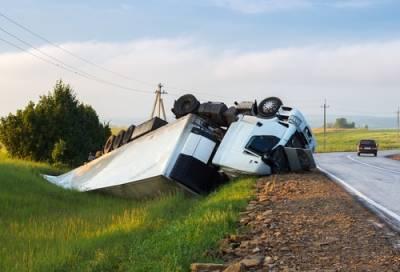 Pulling up next to a semi-truck makes many drivers nervous. Trucks are not only intimidating in size but in the United States, can weigh as much as 80,000 pounds on the road. Truck accidents are more complicated than car accidents because there are more factors involved. During a car accident, it is usually more apparent whos fault the accident was, but during a truck accident, it may be either driver or one of the companies behind the truck.

We rely on trucks and truck services to bring goods across the country. A semi-truck sees an average of 45,000 miles of usage a year. Truck drivers and their vehicles get worn down and it is important for companies to stay on top of maintenance and driving hours. When a truck is involved in an accident, here are some instances where the driver or company who owns the truck can be held liable.

Long Hours - Fatigue is one of the leading causes of truck accidents. Drivers can get pressured into working long hours to fulfill delivery requirements. However, there are limits to how long a driver can legally work. From the beginning of a driving shift, up to 14 consecutive hours, the driver is only allowed to operate the vehicle for 11 hours. After the 14 hours, the driver cannot return to operating the truck for 10 consecutive hours. Even when these rules are followed, a driver can still be fatigued, but following the rules prevents the driver or truck company from being liable for the accident.