Local Race Builds Awareness on the Consequences of Drunk Driving 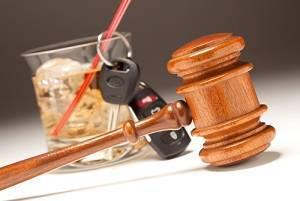 Each and every day in the United States, an average of 28 people die in an automobile accident involving an intoxicated driver. This accounts for nearly one-third of all U.S. traffic accident deaths each and every year. Designated driver commercials and campaigns and even free ride services are in place to prevent such tragedies, yet 1.5 million people are arrested for driving over the legal limit during any given year. To help raise awareness and show the real consequences of drunk driving, more than 600 Illinois residents recently participated in a race to honor one victim.

The young man, a former Heartland Community College and Illinois State University student had been out drinking with his friends the night of the accident that took his life. But, unlike the driver that hit him, he had ridden with a designated driver. He had made the right choice but, ultimately, had been in the wrong place at the wrong time and still became a victim of a drunk driving accident.

Residents Came from Far and Wide and All Walks of Life

The benefit walk and race, which was held to raise money and awareness for drunk driving, brought out more than 600 Illinois residents from far and wide, and from all walks of life. There was the first man to cross the finish line - paralyzed from the waist down during a 2013 motorcycle, he finished strong on three wheels. There was the couple, pushing their young boys in a double stroller, who wanted to show their children that even adult decisions have consequences. And then there was the designated driver – the one who had been there that day his friend had died. It was an emotional day for all, but one that reminds us all that drunk driving accidents are a preventable tragedy.

DUI Accident? You May Be Due Compensation

If you or someone you love was injured or suffered a wrongful death in an accident with an intoxicated driver, you may be due compensation for your losses. While we at Kinnally Flaherty Krentz Loran Hodge & Masur, P.C. understand that it could never replace what was taken from you, we also know that it can help to ensure your needs and the needs of your family are taken care of in the future. With our knowledge and skill, we will stand by you and help you navigate the difficult and emotional process so that you do not have to do it alone. To get started, call 630-907-0909 and schedule your free initial consultation with our experienced Aurora DUI accident attorneys today.