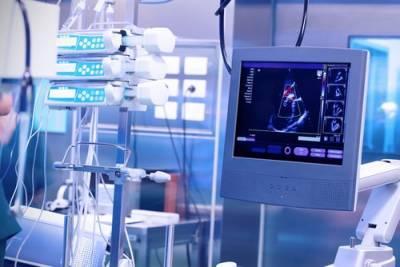 When you are injured, ill, or otherwise in need of medical care, you expect that the equipment used to treat you will be reasonably safe. Unfortunately, this is not always the case. In fact, the number of defective medical device recalls have risen sharply over the last several years. Even more concerning is the risk that those defective devices pose to the general public: an under-discussed, often unpredictable risk of serious injury and/or wrongful death.

In 2006, the medical device manufacturing industry paid for a study that concluded how serious device-related safety problems are “extremely rare.” Of course, as with most funded studies, the results were thought by many to be flawed. Reports from the Food and Drug Administration (FDA) shows just how severely. Each year, the FDA receives more than 200,000 reports of defective medical devices. Even more concerning is that things are only getting worse. An FDA analysis found that, from 2007 to 2011, the recalls of moderate- to high-risk devices more than doubled.

Significance of the Impact on Human Lives

When looking at statistics from the FDA, it is clear to see that defective medical devices are slipping through the cracks and harming patients. In fact, the FDA claims that more than 2,000 patients die each year from defective medical devices alone. Furthermore, there are numerous real life examples of devices that have caused great harm to patients. Even more concerning is that some of these devices not only failed but the manufacturer refused to recall them, even though they knew that the device could put patients at risk.

For example, Baxter intravenous infusion pumps, which are designed to deliver controlled amounts of fluids to patients (i.e. medication, nutrients, and fluids) were found to unexpectedly shut down or dispense the wrong amount of medication. Rather than recall the devices, right from the start, the company sent only a warning to physicians. It was not until after four deaths and at least ten serious injuries that the pumps were pulled from the market.

Injured By a Defective Medical Device? Know Your Rights

If there is any industry in which a defective device is inexcusable, it is in the medical industry. Doctors are supposed to save lives, and the tools and equipment they use should held to the same (if not greater) standard that patients impose on their physicians. Products should be thoroughly and rigorously tested before being used in hospitals and clinics and, in the off-chance that a dangerous device does make it to market, it should be immediately recalled before it has the chance to do harm.

Unfortunately, this is not the case. These defective devices are leaving unsuspecting families grief-stricken because of the death of a loved one. Monetary compensation, though it may be owed, cannot ever begin to replace all that they have lost. However, it can cover the expenses incurred, help support a family after the loss of an income, and potentially reduce the overall impact that the loss of a loved one can have on the family’s long-term financial standing. It is not enough, but it is what the law provides.

At Kinnally Flaherty Krentz Loran Hodge & Masur, P.C., we help the families of victims seek the justice and compensation that is owed. Compassionate, dedicated, and sensitive to all that you have lost, we can represent you and your loved one in your defective medical device case. To learn more, contact our Kane County defective medical device attorneys today. Call 630-907-0909 for a free consultation.