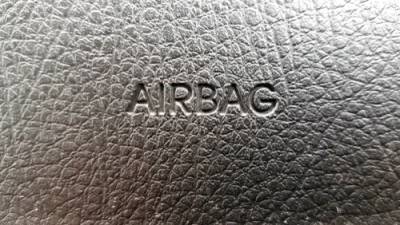 Companies design products not only for profit but for our benefit. However, sometimes these products fail and cause harm or death to consumers. A product can harm a person because of a manufacturing defect, a poor design, or from an inadequate warning. A defective product may not necessarily cause serious harm or death, but when consumers suffer it is the responsibility of companies to be held liable after the fact.

The important part about a product liability case is proving that something was wrong with the product and that an injury occurred. How a product is used when the injury occurred is also important. For example, if a consumer was tampering with the electronics of a product, they would not likely have a liability claim of they were electrocuted and hospitalized. Getting compensation after a faulty product affects a person's life can cover medical expenses and time away from work. If someone dies from a fault product then their family may be eligible for compensation instead. The following are deaths caused by negligent defects.

Cars are one of the most dangerous things an average person operates. When they are manufactured or designed poorly, the consequences can be worse than a car accident. From Fiat Chrysler, 1.5 million vehicles were put on the road that had a dangerous design regarding the fuel tank. Months after the recall began, a 17-year-old boy died in a car fire caused by a manufacturing defect. In Grand Cherokee and Jeep Liberty SUVs, the fuel tank was located behind the axel. Seventy-five people have died due to fires caused by the tank being ruptured, and leaking fuel upon impact.

It is easy to believe that the safest place for a young child is at home. However, after a series of deaths following Ikea dressers, consumers became warier. In 2017, a popular selling eight drawer dresser manufactured and sold from Ikea fell and killed a 2-year-old in Florida. The large furniture retailer has not recalled the dresser - despite an online viral video of two infant boys also succumbing to the dresser, but unharmed. Ikea claims that the dresser passes their safety tests, not to mention most structures now come with wall mounting kits. The mother of the 2-year-old and Ikea reached a private settlement.

The death of a loved that could have been prevented hurts the most. Although compensation will not bring them back, it keeps companies liable and products the public. If you have been injured, or lost a loved one, due to a faulty product, contact an experienced Aurora product liability attorney today. Call our office at 630-907-0909 to schedule a free consultation.