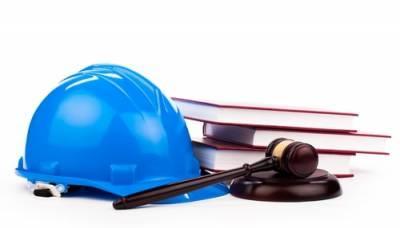 Workers’ compensation reform has been a hot topic over the past few decades, with many states deciding that lowering employer costs for insurance coverage will help encourage new job growth within state lines. The logic of many policymakers maintains that by cutting costs for employers and increasing their margins, the profits will trickle down to the employees in terms of job creation and higher wages.

According to the 2016 Oregon Workers’ Compensation Premium Rate Ranking, a nationwide encompassing-analysis, Illinois ranks as the eighth highest in the country when it comes to insurance premiums. For every $100 that a worker earns, $2.23 is paid in premiums to the employer’s insurance provider. While this may seem high, it helps give injured Illinois workers the assistance that they need and deserve to get back on their feet after an injury or to give them the long-term care if they have suffered a debilitating accident.

All across the nation, lobby groups such as the Association for Responsible Alternatives to Workers' Compensation (ARAWC), funded by Walmart, Lowe's, Safeway, and Nordstrom, are attempting and succeeding in cutting workers’ compensation benefits, according to many news outlets. These lobby groups have been able to reduce insurance premiums for employers by reducing the benefits that paid out to injured workers. This comes at a time when employers’ rates are heading for all-time lows and insurance company profits are reaching all-time highs. Many believe that such profits are realized by to denying crucial benefits thanks to new workers’ compensation law reforms.

How Does This Hurt Me as an Employee?

While corporations and insurance companies reap the benefits and hand out large bonuses to their CEOs, the employees are the ones that have to face the dire consequences of workers’ compensation reform. It is becoming harder to qualify for benefits, medical coverage is being slashed, and the time it takes to recover from a serious injury is prolonged because injured workers are not given the time away from work that they need to recover.

For many employees, collecting full workers’ compensation benefits requires the assistance of a skilled legal professional. By working with an experienced attorney, you stand a much greater chance of receiving the benefits you deserve. Contact the passionate Kane County workers’ compensation lawyers at Kinnally Flaherty Krentz Loran Hodge & Masur, P.C. today for assistance.