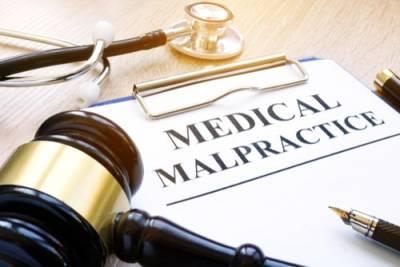 When regular visits to a doctor’s office are a habit, the first sign of life-threatening illnesses can be detected. Most medical professionals have their patient's best interests in mind, but mistakes do happen. When a mistake has been made, or a patient is second-guessing their treatment, it can be difficult to determine the difference between medical malpractice and the sometimes uncertainty of medicine.

A woman in Oak Park was recently awarded $50 million in a settlement against West Suburban Medical Center. The birth of her baby in 2014 resulted in the child having severe brain damage. Although a representative from the hospital claimed that appropriate action was taken during the natural birth, experts in the medical malpractice trial testified that a cesarean section would have prevented injuries to the child. An ultrasound showing that the child did not move for six hours during labor was ignored by medical staff, and the mother expressed concerns to her doctor that she could not feel the unborn baby move. Today, the child is five-years-old and is unable to sit, stand, or talk.

Brain damage to a baby during birth can be caused by physical injury or a lack of oxygen. If a child cannot safely have a vaginal birth, or if a problem arises such as the umbilical cord is wrapped around the baby’s neck, a doctor will often choose to perform a cesarean section. Making this decision at the correct time is crucial to the health of mother and child.

How Is Malpractice Determined?

When medical professionals ignore warning signs, they can be held responsible for their refusal to respond appropriately. Medical malpractice is going against the standard of care that medical professionals are expected to uphold. There is no exact definition for the medical standard of care, but it generally involves performing medically acceptable treatments that a reasonable physician would recommend.

For a medical malpractice claim to be valid, a person must suffer an injury and damages because of the medical act in question. Using the example of the mother in Oak Park - if the child was born healthy with no brain damage that could be linked to a doctor’s decision to move without an emergency cesarean section, then she likely would not have had a case for malpractice.

Doctors and nurses have a responsibility to keep our families safe. When they fail and create dangerous circumstances instead, medical professionals and institutions need to be held responsible. If you believe to be a victim of medical malpractice, contact an experienced Aurora medical malpractice attorney today to discuss your options. Call our office at 630-907-0909 to schedule a free consultation.