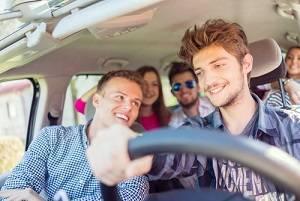 According to the Centers for Disease Control and Prevention (CDC), the risk of a fatal car wreck is highest for younger drivers. This comes as little surprise to most people, considering the overwhelming access we have to various technological devices, paired with the general inexperience most teenage drivers have when it comes to operating a vehicle. Texting while driving and lack of experience are not the only causes behind the staggering accident and injury statistics for young drivers, however. There are many other factors that put this particular age group at increased risk for injury and death on the roads.

In the year 2014 alone, over 220,000 teenagers were injured in motor vehicle crashes in the United States, and in 2015, over 2,000 teens ranging from ages 16 to 19 years of age were killed in auto accidents. These numbers represent a vast group of young drivers who experienced injury or fatality for a variety of reasons and a diverse set of risk factors.

Why Young Drivers Are More Prone to Crashes

Due to their novice skills, teen drivers are naturally more prone to car accidents than other age groups and demographics. There are a number of common risk factors that endanger young drivers and everyone sharing the roadways with them, including:

Poor judgment - Research shows that teens are more likely to underestimate dangerous situations than older, more experienced drivers. They are less likely to recognize a situation as hazardous and have a greater tendency to make critical decision errors that lead to severe collisions;

Alcohol use - Studies tell us that underage drinking, regardless of the level of blood alcohol concentration (BAC), places teens at higher risk for involvement in car crashes than older drivers—even older drivers who are intoxicated. Poor muscle coordination, poor judgment, and impaired reasoning and memory all combine with a young driver’s tendency to make reckless decisions behind the wheel, creating a deadly cocktail for a crash;

Speeding and tailgating - Risky driving behaviors, in general, put teens at greater risk than most other drivers, but speeding and tailgating are behaviors especially common among young drivers. Research reveals that teens are much more likely to ride too closely behind the vehicle in front of them, and leaving too little space between the vehicles. Additionally, they are more prone to speeding, which heightens their chances of being involved in an accident even further; and

Seat belt neglect - Among all other age groups, teens have the lowest seat belt use rate. In a study done in 2015, only 61 percent of high school students said they always use seat belts when traveling with someone else. The combination of lack of seat belt use plus underage intoxication is also largely responsible for spikes in fatality and serious injury among teen age groups.

If you have been involved in a collision due to risky teen driving behavior of any kind, it is important to know your rights. Contact an experienced Kane County personal injury attorney to discuss your case and to get the guidance you need. Call 630-907-0909 for a free consultation at Kinnally Flaherty Krentz Loran Hodge & Masur, P.C. today.