Making a difference in the lives of people is why our law firm exists. A striking example of that commitment is the recent work of Mark Masur and Pat Flaherty. Following an intense five year battle, they obtained a life-changing award for a construction worker who suffered brain damage after being struck by a train. The award will allow the worker and his family to rebuild their lives and to enjoy a secure and stable future. For us, few things compare to the satisfaction of righting wrongs and renewing the human spirit. Congratulations to Mark and Pat for standing tall. Justice is seldom easy, but it is always worth the fight.

For more information about how the attorneys of Kinnally Flaherty Krentz Loran Hodge & Masur P.C. can help you receive the compensation you deserve for injuries suffered due to someone else's negligence, contact us at 630-907-0909 to schedule a free consultation.

Unmarked Train Crossing Leads to an Unfortunate but Preventable Accident 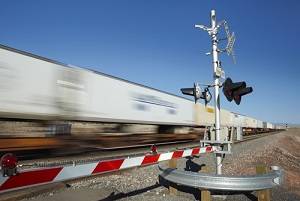 Train accidents are rather rare, which makes them exceptionally memorable when they do happen. Such is the case in a recent accident between a truck and a train in Homer, Illinois. Thankfully, no one was injured or killed. The driver of the truck may be due compensation, however, since the accident could have been prevented.

According to the city’s police chief, seven cars had derailed about a week prior to the accident in question. The company that owns the line had allegedly closed the road to clean up the aftermath and fix the problem, but the contractor who was working on the repairs reportedly moved the barricades from both sides and then forgot to return them before leaving. This made it an unmarked construction zone – one with a hole reportedly so deep, it managed to stop the 72-year-old man’s truck as he tried to driver over the tracks.