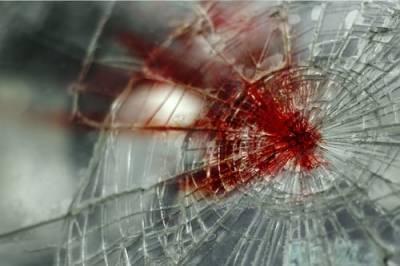 As mentioned above, head-on collisions are notoriously dangerous. This is in large part due to the fact that both drivers and front-seat passengers collide instantly with the other vehicle. Unsurprisingly the injuries suffered in head-on collisions can be incredibly severe. The most common forms of injury range from brain trauma, spinal injuries, broken or fractured ribs, and various injuries to the limbs. If you or a loved one are injured in a head-on collision, it is critically important to document the full extent of all injuries suffered.

Why Do Head-on Collisions Occur?

Because head-on collisions generally only occur when one driver swerves into the other lane of traffic or is traveling the wrong direction down a one-way street, the vast majority of these collisions are caused by driver negligence. Distracted driving such as eating or texting while driving can cause a person to take their attention off of the road and veer into the other lane of traffic. Drinking and driving is also a common cause of head-on collisions due to the deterioration of the guilty party’s motor skills and vision. Additionally, if a driver is recklessly passing other vehicles, their reckless actions can lead to a head-on collision. In short, if you suffer injuries in a head-on collision, proving negligence can be fairly straightforward.

When people think of car accidents, their first thought might be a major head-on collision on a public road such as a highway. But, as a driver, you know how chaotic a busy parking lot can be. There are cars fitted into small spaces, drivers coming at every which way, pedestrians walking in between cars, and other physical barriers such as shopping carts. These are more commonly minor and nonfatal accidents, but car accidents in a parking lot can be caused by negligence like any other situation.

The biggest issues being parking lot accidents are speeding and distracted driving. Going over five miles per hour in a parking lot can be dangerous with so much going on around. It may feel safer to check your phone or adjust the GPS in a parking lot, but it is still important to pay attention like you would on the road. Being mindful in a parking lot, and these steps and will help prevent car accidents in parking lots.