Stay Safe This Fourth of July 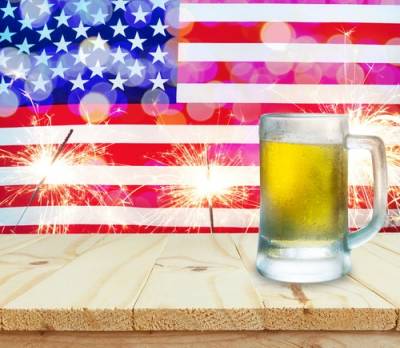 The Fourth of July is one of the highlights of summer for many individuals. It is a time to get together with friends and family and celebrate our great nation’s independence. The summer festivities usually include fireworks, food, and for many gatherings, alcohol. Unfortunately, the combination of drinking and travel leads to thousands of tragedies every year.

The Fourth of July is the second deadliest day of the entire year as a result of alcohol-related car accidents—trailing only New Years Eve. Roughly 40 percent of all traffic fatalities on Independence Day involve at least one driver with a blood-alcohol content (BAC) above the legal limit of 0.08 percent. That percentage is even higher among younger drivers.

The dangers extend beyond the holidays, however. Traffic fatalities increased by 6% from 2015 to 2016, making 2016 the deadliest year for drivers in almost a decade. Additionally, an estimated 4.6 million people were seriously injured because of traffic accidents last year.

The National Highway Traffic Safety Administration has some advice to keep yourself and others safe this Fourth of July:

Sadly, you could do everything exactly right this Fourth of July holiday and still find yourself involved in an accident due to another person’s actions or negligence. If you are injured in any type of car crash—including one involving alcohol—contact an experienced personal injury attorney in Aurora, Illinois. Call 630-907-0909 for a free consultation at Kinnally Flaherty Krentz Loran Hodge & Masur, P.C. today.