Sports Waivers and Releases of Liability 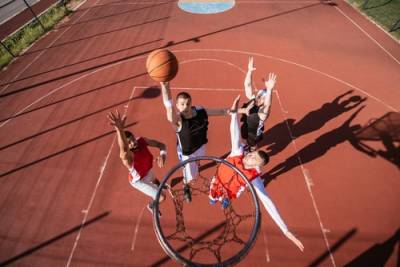 With summer in full swing, more people are getting outdoors and enjoying life outside. Many people in Illinois belong to various sports teams, clubs, and organizations. When you join a sports club team, you may be required to sign a waiver or release of liability. A waiver is, in essence, a contract with terms that address your right to seek damages if you are injured by your participation in the sport or activity.

An exculpatory agreement is a contract where the parties agree to an express assumption of risk where a party consents to relieve another party of liability. An example would be a waiver signed by those planning to participate in club or recreational sports leagues. While most such sports are relatively safe, there is always the possibility for injury. The league and its officials are likely to require a waiver or an exculpatory agreement to ensure they are not held liable for reasonable injuries that may occur.

Too often, however, an exculpatory agreement is drafted using language that is too broad to be enforceable. In order for such an agreement to have any real strength, the languages it contains must be clear, explicit, and specific. Ideally, the agreement should include:

Many exculpatory agreements will include the word “negligence,” but that specific word does not have to be in the contract for it to be enforceable. It is imperative that you read any contract with a waiver or exculpatory agreement because in Illinois a person has a general duty to read documents before signing them. Failure to read and understand the agreement will not void the document.

What Does Scope Mean?

While it is important to be as precise as possible with the language in the agreement, it is nearly impossible to contract for every eventuality. The contract should instead cover the scope of the possible dangers that are associated with the activity in question. Foreseeability of the danger of injury associated with the sport or activity will be key in determining the scope of the contract. For example, it is foreseeable that while playing recreational softball, you could be hit and injured by a thrown ball or bat. It is not foreseeable, however, that a driver would lose control on a road adjacent to the playing field and crash into the player bench causing serious injuries.

How Important Is the Language of the Contract?

When the courts analyze what the parties agreed to and what the waiver or exculpatory agreement covers, they are going to first look at the kind of injury sustained. The question will not be whether the plaintiff foresaw the exact danger that caused injury but rather, whether the plaintiff knew or should have known the danger was a risk associated with the activity or sport.

If you have questions about liability waivers and your rights after you sign one, contact an experienced Kane County personal injury attorney. Call 630-907-0909 for a free consultation at Kinnally Flaherty Krentz Loran Hodge & Masur, P.C. today. We will provide the guidance you need and the peace of mind you deserve.