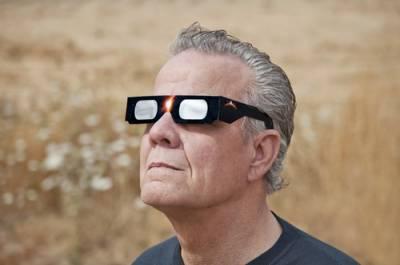 Last month’s solar eclipse was, for many, a once-in-a-lifetime experience. Many thousands of people purchased glasses designed to allow them to watch the eclipse without risking injury to their eyes. Unfortunately, not all of the specialty glasses performed as intended, and there have been reports of eye injuries caused as a result.

One couple who bought eclipse glasses on Amazon has now filed a class action lawsuit against the company. They claim that the glasses were faulty and caused them to sustain eye injuries. The couple said they experienced headaches and vision impairment after watching the solar eclipse while wearing the glasses. Amazon had issued a recall on the glasses on August 10, but the claimants said they were not informed of the recall. They want Amazon to cover the costs of monitoring the damage caused by the recalled glasses.

Before the eclipse, NASA issued warnings to the public about the dangers of looking directly at the sun. They encouraged people to use specialty sunglasses if they wished to watch the eclipse. Ophthalmologist Dr. Raj Maturi has seen two patients who suffered temporary eye injury from looking at the eclipse. Maruri says that the most common effect of watching the eclipse is ghost images—a bright spot in an individual’s vision.

How to Tell If Your Eyes Were Damaged During the Eclipse

If you viewed the solar eclipse and are worried about eye injury there are certain symptoms that could indicate a problem. Ralph Chou, professor of optometry and vision science at the University of Waterloo, is a leading authority on sun damage to eyes. He explains that it takes up to 12 hours after an eye injury caused by the sun to be noticeable. After that time, a person who had damage to their eyes from looking at the sun would notice blurred vision or spots in their field of vision where they could not see. The damage caused by looking at the sun may get better with time or it may be permanent.

Chou also has a word of relief for those who looked at the sun while wearing reputable eclipse sunglasses. He says that after using the glasses your eyes may need a few moments to adjust to viewing the world without them. So, if you only glanced at the sun unprotected or used specialty glasses and experienced symptoms for a few moments, you probably do not need to worry about permanent eye damage.

If you viewed the eclipse through glasses that were improperly manufactured or were otherwise defective and have suffered damage to your eyes as a result, contact an experienced product liability attorney in Kane County. Call 630-907-0909 for a free consultation at Kinnally Flaherty Krentz Loran Hodge & Masur, P.C. today. We will review your case and help you explore your available options for pursuing compensation.