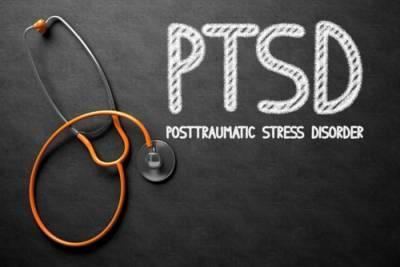 According to the National Institute of Mental Health, post-traumatic stress disorder, or PTSD, develops in some individuals who have gone through a particularly frightening, shocking, or dangerous experience. The disorder is commonly associated with members of the military who have served in a combat zone, but it is hardly limited to those in the armed forces. PTSD can affect victims of auto accidents, criminal assault, or rape, as well as those who may have witnessed a tragic or horrifying event. It can even result from accidents that occur on the job, which could make the sufferer eligible for workers’ compensation benefits.

It is difficult to know for sure how many people suffer from PTSD, as many are reluctant to seek the treatment they need. Estimates, however, place the number of sufferers at around 5.2 million each year in just the United States alone. Those dealing with PTSD may show symptoms that include flashbacks to the triggering event, nightmares, severe depression, “survivor’s guilt,” difficulty concentrating, insomnia, and memory loss. The disorder can also have a serious effect on the sufferer’s family, as his or her behavior may be erratic, unpredictable, and, in some cases, violent.

In Illinois, workers’ compensation benefits may be available to individuals whose PTSD was caused by a work-related incident. Unfortunately, however, many workers struggle to get the benefits they need due to insurance companies attempting to hide behind what many consider to be loopholes in the law. Post-traumatic stress disorder may be recognized as a valid work-related injury for purposes of workers’ compensation benefits, but such benefits do not usually cover pain and suffering for other injuries nor for everyday workplace stresses. Thus, a clear diagnosis of PTSD based on a singular, identifiable even is necessary to even begin making a PTSD workers’ compensation claim.

For example, a mid-level manager in an office who suffers from depression due, in part, to a difficult work environment or pressures from supervisors is not likely to qualify for workers’ comp benefits. A foundry worker, however, who witnessed a fatal accident or a retail associate who was robbed at gunpoint and developed PTSD as a result will have a much more legitimate case for collecting benefits.

Get the Help You Need

If you have been diagnosed with PTSD as the result of an incident that occurred on the job, contact an experienced Kane County workers compensation attorney for guidance. The skilled team at Kinnally Flaherty Krentz Loran Hodge & Masur, P.C. will work with you in obtaining the full benefits provided by law. Call 630-907-0909 for a free consultation today.