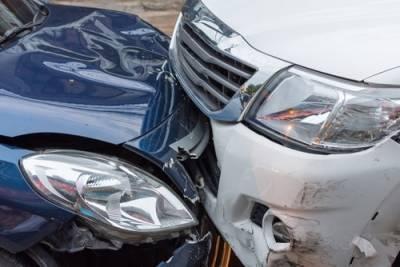 Over the last several years, rideshare services like Uber have offered unprecedented competition to taxicabs and other forms of public transportation. Of course, the rise of ridesharing has not been without controversy as many believe that any type of transportation should be subject to strict regulations to ensure passenger safety. Uber’s contracting practices have also been the focus of public scrutiny, yet thousands—if not millions—of riders continue to use the service every day in cities throughout the world. Sometimes, however, accidents do happen, and when they do, it is important to know your rights.

Even the most careful drivers cannot prevent every accident. Such was the case for an Uber driver this week when he unwittingly entered a police chase on West Roosevelt Road. According to news reports, Chicago police tried to pull over an SUV for a traffic violation in Lawndale when the SUV sped away, prompting the police to give chase. The pursuit continued into the University Village/Little Italy neighborhood. The police car collided with a vehicle being driven by an Uber driver who was transporting a passenger at the time of the crash.

Two Chicago PD officers were moderately injured and were treated at a local hospital. The Uber driver and passenger did not suffer any injuries, and the SUV that instigated the chase was eventually stopped by police near 115th Street and Doty Avenue. The Uber passenger, who declined to be identified, told the Chicago Tribune, “We drove into a chase scene apparently.”

In this particular case, it is unclear how liability for the accident will be determined. You should be aware, however, that if you are ever in an accident while riding with Uber, you are covered by several layers of protection. First, Uber maintains $1 million in coverage for passengers in an Uber-contracted vehicle. This coverage takes precedence over any other policies that may be in place. In addition, Uber drivers are required to have their own insurance policy in accordance with state law as well. This means that Illinois Uber drivers must carry at least $25,000 of bodily injury or death coverage of one person and $50,000 of coverage for bodily injury or death of more than one person. Finally, if the Uber driver was not responsible for the accident, your injuries may also be covered by the policy of the at-fault driver.

Despite existing insurance coverages, collecting compensation after an accident is not always easy. That is why it is important to work closely with an experienced Aurora personal injury attorney. If you have been injured while riding in an Uber car, contact Kinnally Flaherty Krentz Loran Hodge & Masur, P.C. today and schedule a free no-obligation consultation. We will help you pursue the damages you need to put your life back together.