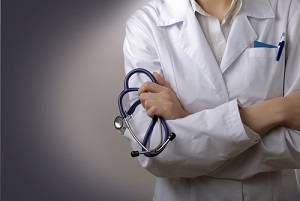 Statistics attribute anywhere from 65,000 to 200,000 deaths to medical accidents per year. Interestingly enough, a recently-published New England Journal of Medicine study suggests that many of those deaths might be the doing of just a small fraction of physicians. At the very least, the authors claimed to have linked one-third of all malpractice claims to just one percent of all doctors. This, paired with the set of distinctive characteristics outlined by the authors, could have a lot of people looking at their doctors very differently.

According to the study, doctors with at least three paid claims against them were three times more likely to have yet another when compared to those that had experienced just one claim over the study period. That percentage increased by a full percentage point for each additional paid malpractice claim.

Other predictors cited by the authors included gender (82 percent of all claims were against male doctors), age (older doctors were more likely to experience a claim than younger ones), and type of practice (internal medicine, obstetrics and gynecology, general surgery, and general practice/family medicine accounted for more than half of all paid claims).

Know What to Do after a Malpractice Death or Injury

While you can (and are encouraged to) file a claim with your physician’s medical board, you may also be entitled to compensation if you or someone you love suffer death or injury because of medical malpractice or negligence. But you should not face a medical malpractice case alone. Complex and emotionally stressful on you and your loved ones, they can be difficult to prove.

The skilled Kane County medical malpractice attorneys at Kinnally Flaherty Krentz Loran Hodge & Masur P.C. have an extensive and distinguished history in the area of medical malpractice. We provide medical knowledge, access to medical experts, and financial resources to ensure your case receives the quality representation it deserves. To learn more about our aggressive litigation skills and experience, call 630-907-0909 today and schedule your free initial consultation.