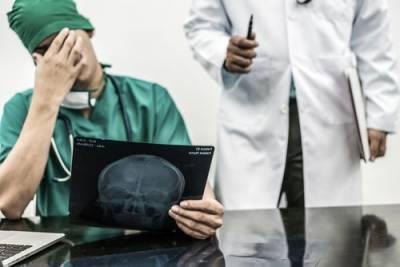 People visit the doctor to feel better but, after heart disease and cancer, medical errors are the third leading cause of death for people living in the United States. It is estimated by John Hopkins University that over 250,000 people die from medical errors a year and that billions of dollars are spent paying out victims or their families. That is approximately 10 deaths a day caused by the negligence of a doctor or hospital.

What Is Medical Malpractice

When a doctor deviates from a standard level or care, it is considered malpractice. It is compared to what a reasonable medical professional would have done in a similar situation, that would have done right by the patient. The key to medical malpractice is proving negligence.

Misdiagnosis - There are many aspects to a misdiagnosis. On one hand, if your symptoms are overlooked or underestimated, you could live with a life-threatening disease before it is too late to maintain or reverse the illness. A misdiagnosis can also subject you to unnecessary medication, tests, and bills when your symptoms are not interpreted correctly.

Surgical Errors - You have likely heard rumors about doctors leaving medical sponges in a person’s body after surgery. The truth is that a foreign body like a sponge is not only a huge mistake, but can be life-threatening to a patient. The body will try and remove a sponge by closing it off in a cavity, and that can cause mysterious symptoms. A surgical error can also be a mistake such as removing the wrong kidney or performing an operation on the wrong patient.

Birth Error - The birth of a child can be the happiest day of a person's life. Although the human body is made to naturally birth a child, modern medicine has made birth safer for both mother and child. However, a doctor’s negligence can cause permanent damage to a child during birth. A lack of oxygen caused by a lack of response by the doctor can cause brain damage to the child. The child can be physically harmed by the improper use of forceps to assist during birth. If the decision for an emergency C-section is not made at the right time, both mother and child can be put in danger.

When visiting a doctor or hospital, listen to your gut feeling. If something does not feel right, contact an experienced Kane County medical malpractice attorney to see if you are eligible for compensation due to a professional’s negligence. Call our office at 630-907-0909 to schedule a free consultation.