Medical Mistakes Are Third-Leading Cause of Death in U.S. 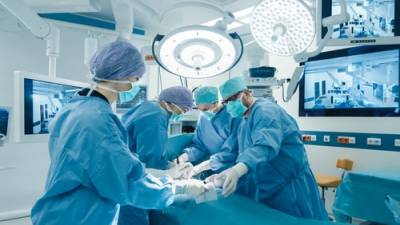 In 1999, the medical community was rocked by a report prepared by the Institute of Medicine which classified the problem of medical errors as an epidemic. That report concluded that approximately 95,000 people died each year from preventable medical mistakes. The annual cost to medical facilities was determined to be between $17 billion and $29 billion.

Although the Institute of Medicine’s report prompted much debate over the years regarding what could be done to protect patients, a more recent report prepared by researchers from John Hopkins University found that the medical community might not have had too much success in doing so. In fact, preventable medical errors are now the third leading cause of death in this country.

During the studied time period, there were 251,000 annual deaths attributed to medical errors. This breaks down to an average of about 700 deaths per day. Only heart disease and cancer claimed more Americans during that eight-year period.

There is virtually no limit to the different types of mistakes that can be made by medical professionals. However, the researchers found several that were the most commonly associated with patient fatalities.

Even more troubling is the researchers’ assertion that the actual numbers of victims of medical errors is most likely much greater than 700 per day. They put the numbers of people killed each year at closer to 400,000. The reason for this difference is that there is no place on a death certificate to add information on whether or not a person’s death was related to a medical error. Since death certificates are how the federal government collects such data, it seems that the government’s data is likely incomplete.

If you have lost a loved one because of a preventable medical error, contact an experienced Aurora medical negligence lawyer today to find out what legal recourse you may have. Call 630-907-0909 for a free consultation at Kinnally Flaherty Krentz Loran Hodge & Masur P.C. to discuss your available options for recovering compensation today.