Investigation Reveals a High Instance of Error During Cataract Surgery 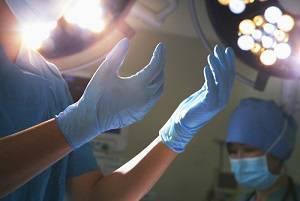 Nearly four million Americans undergo cataract surgery each and every year. This makes it the most commonly performed operation in the country. Unfortunately, it also happens to have more errors than it should, given its relative simplicity and low overall risk. In fact, an independent state agency investigation documented 28 serious errors in the state of Massachusetts alone. If that were to be translated into a national total, it could amount to hundreds of patients being injured by preventable medical errors each and every year.

During cataract surgery, an eye surgeon removes a person’s natural lens and then replaces it with a manufactured one. In total, it generally takes less than a half hour to complete, and the patient, who once suffered from cloudy and obstructed vision, often experiences a dramatic improvement once the process is complete. But the procedure has become so safe and so routine that some nurses, anesthetists, and doctors may be making some serious failures when it comes to protocol.

Between the years 2011 and 2015, the Betsy Lehman Center for Patient Safety and Medical Error Reduction received reports of more than two dozen serious medical errors. They decided to investigate and found that those errors included implantation of the wrong type of lens, anesthetization of the wrong eye, permanent vision loss in the patient. And, in one disturbing case, five patients experienced total vision loss in a single day because a new anesthetist incorrectly injected nerve block.

Many of the errors were attributed to a lack of “time-outs,” a process used by medical professionals to double-check and ensure they have the correct side, procedure, and patient before starting. Others appeared to be due to rushed or distracted staff. Poor handwriting was also a reported factor and, in one instance, led to the implantation of the wrong powered lens.

Injured During a Procedure or Surgery?

The injuries revealed in the cataract surgery investigation happen all over the country. What is more, those same factors that caused the mistakes can happen in any type of procedure, and some of those may carry even higher risks for the injured patients. In short, medical errors during routine procedures are not all that uncommon. If anything, they are a growing epidemic in the United States.

The Kane County medical malpractice attorneys of Kinnally Flaherty Krentz Loran Hodge & Masur P.C. have a distinguished history in helping victims throughout Northern Illinois with their medical malpractice injury cases. Dedicated, committed, knowledgeable, and highly experienced, we carefully investigate each and every client’s case to help them achieve justice and the settlement they deserve. Ask how we can help with your case. Call us at 630-907-0909 and schedule your free initial consultation today.