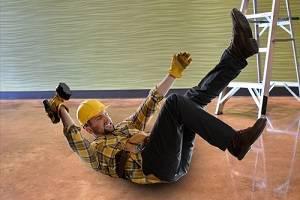 When a person is injured on the job, he or she should not return to work until he or she has recovered enough to do so. In some cases, such healing may only take a few days, while, in others, physical recovery may require weeks, months, or even years. According to Illinois law, injured employees who miss time at work are eligible to collect temporary disability as part of a workers’ compensation benefits package. Recent studies suggest, however, that injured workers in Illinois miss about 50 percent more work, on average, than injured workers in Indiana, Iowa, and Wisconsin.

The average length of a temporary disability claim in Illinois is 18.4 weeks, according to the 2015 annual report issued by the Illinois Workers’ Compensation Commission. By comparison, injured workers in Indiana missed an average of 10.5 weeks, 10.9 weeks in Wisconsin, and 11.6 weeks in Iowa. In Michigan, an average claim for temporary disability lasted approximately 15.7 weeks, the second-highest in the region. Some of the disparity in the amount time missed can be attributed to types of work found in each state. The balance of manufacturing, office, farming, service industry, and public sector jobs can all have an impact on the types and severity of sustained injuries.

It should also be noted that the rate of reported injury in Illinois is much lower than in neighboring states, though it appears that average injury is much more severe. Illinois workers are injured at reported rate of 2,883 per 100,000 workers, a frequency that is significantly lower than the injury rate in Wisconsin (4,402), Iowa (4,308), Indiana (3,913), and Michigan (3,749).

Certain workers’ compensation policies within Illinois may actually be encouraging injured workers to stay home as long as they can, as the end result could be an effective pay raise. In most states, an injured worker is entitled to two-thirds of his or her lost wages and the money is not taxed at the state or federal level. In Illinois, however, particular workers receive 100 percent of their lost wages tax-free when they are injured. Such benefits apply to lower-wage workers as well to many public-sector workers like police officers and firefighters. While such policies are not the fault of the injured worker, it is easy to see how a financial incentive could result in a much slower recovery period, especially if there is lingering pain or discomfort.

If you have been hurt on the job, it is important for you to understand your options regarding collecting workers’ compensation benefits, including temporary disability. Contact an experienced Aurora workers’ compensation attorney at Kinnally Flaherty Krentz Loran Hodge & Masur, P.C. to discuss your case. Call 630-907-0909 for a confidential consultation today.