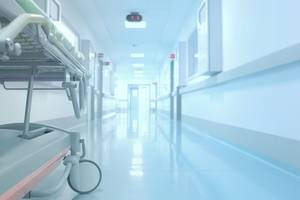 When hospitals fail to provide complete, competent, and comprehensive care to their patients, they may become subject to a number of consequences. One of the most commonly known and discussed of these is the risk of a medical malpractice lawsuit. There are, however, other guidelines in place to enforce safe and reasonable patient care. A total of 23 Illinois hospitals are allegedly facing one such provision because of their injury and infection rates.

Some stipulations are outlined in America’s Affordable Care Act, including the penalization of the low-performing, high-incident hospitals. To determine which ones will be subject to those penalties, each hospital is rated on a score between one and 10, with 10 being the worst. Any that score a 6.75 lose a portion of their Medicare reimbursement during the following year.

Ranked by Medicare and Medicaid as the worst performers for a range of issues, including blood infections, urinary tract infections, accidental cuts and punctures, and postoperative hip fractures after patient admission, 23 Illinois Hospitals fell into that category at the end of 2015. In total, they will lose approximately $11-$12 million in Medicare reimbursement (about one percent).

As with the issue often seen in medical malpractice cases, there are opponents strongly against the Affordable Care Act’s provisions. They claim that the program is unfair and that it penalizes hospitals responsible for the care of the sickest patients with the most complex surgeries and procedures. Many also allege an unbalanced methodology that places larger hospitals, who have more data, at an extreme disadvantage when compared to smaller hospitals that may not collect as much information.

Could You Have a Medical Malpractice Claim?

The unfortunate aspect of this provision is that real patients have been injured or killed at penalized hospitals, which makes their complaints about loss of reimbursement seem calloused and avaricious. Entire lives altered because of their negligence and mistake; those lives matter, and hospitals should expect to be held accountable.

If you or someone you love has been injured or killed because of medical negligence or malpractice, you have a right to hold healthcare professionals and facilities accountable through a medical malpractice lawsuit. However, these cases are often lengthy, complex, and extremely difficult to win. The experienced Kane County medical malpractice attorneys at Kinnally Flaherty Krentz Loran Hodge & Masur, P.C. can help. To find out how, call 630-907-0909 and schedule your free initial consultation today.