How Long Do I Have to Report Medical Malpractice? 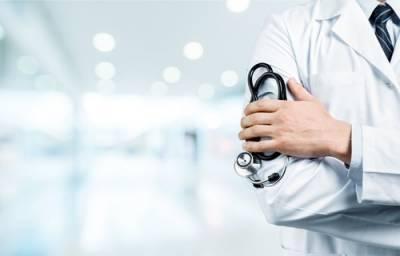 During some personal injury cases, it is quick to know when someone is negligent. A drunk driver would be breaking the law or a tired truck driver would be going over their hours. However, medical care is more subjective, and negligence may not be learned until later on. Unfortunately, sometimes this means that people with early stages of deadly progressive diseases are not diagnosed until it is too late. When is it too late to report medical malpractice?

Doctors and other medical professionals are supposed to operate under a medical standard of care. Although there is no concrete definition for this standard of care, it is used to compare a doctor’s actions regarding a situation where malpractice is claimed. For example, in a courtroom it is defined by expert testimony, and how the doctor's actions compare to a reasonably competent doctor with the same resources. Best practices and medical standards may develop over time with medical advances and knowledge.

A doctor making a mistake may not necessarily mean they are negligent. Illnesses can have many symptoms that overlap, making it hard to get a concrete diagnosis. The important part is that the doctor’s actions did not cause harm. For example, if a doctor diagnosed a patient and started treatment, but a test came to show it was something else and the doctor switched treatment, they likely would not be found to be negligent. If the doctor purposely ignored the test results, and the patient fell severely ill without the correct treatment, it may be malpractice.

A patient may not realize that their doctor was negligent until they get a second opinion. This may be years after the fact, and years of unnecessary tests, drugs, or surgeries. Like any time charges wish to be filed against another party, there is a specific amount of time a person has to file them. These laws that limit time where cases can be brought are called statute of limitations. For medical malpractice, a patient has two years from the knowledge of the damages to file. This includes considering reasonable diligence in knowing negligence occurred or a written notice from the medical professional. The absolute latest a person can file is four years from when the damage occurred.

After feeling betrayed by a medical professional, you may not know what to do next. If you suspect a doctor, nurse, or hospital has been negligent, and you suffered because of it, contact an experienced Aurora medical malpractice attorney. Our staff will be able to build your case and get the compensation you deserve. Call our office at 630-907-0909 to schedule a free consultation.