How Can I Pursue Compensation for a Drug-Related DUI Accident? 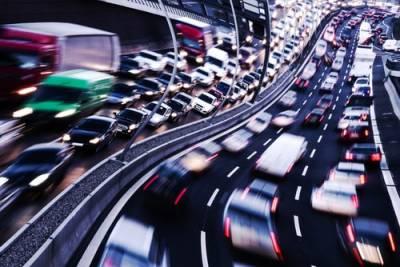 Alcohol and driving do not mix well, and every driver learns about the dangers of drunk driving and the consequences they can face if they are arrested for driving under the influence (DUI). However, in addition to alcohol, there are many other substances that can affect a person’s ability to drive safely. When drivers cause car accidents due to intoxication by legal or illegal drugs, victims may be able to hold them liable for their negligence.

In Illinois, as in most other states, a driver may be charged with DUI if they have a blood alcohol content (BAC) above the legal limit of .08%. While marijuana has been legalized in the state for adults over the age of 21, DUI charges may also apply if a test finds that a driver had at least five nanograms of THC per milliliter of blood or 10 nanograms of THC per milliliter of a substance such as saliva or urine.

In addition to alcohol and marijuana, a driver may become intoxicated through the use of illegal drugs, prescription medications, or a combination of drugs and other substances. DUI charges may apply if a person drives after using any substances or combination of substances that make them incapable of driving safely. For example, prescription opioids can cause drowsiness and lethargy, or illegal drugs such as cocaine or methamphetamines can cause a person to act aggressively and recklessly. Even drugs that would not normally cause a person to be intoxicated, such as anti-anxiety drugs or over-the-counter cold medicines, can impair a person’s driving ability when combined with alcohol or other drugs.

A DUI conviction is usually seen as evidence that a driver was acting negligently, and other drivers, passengers, or pedestrians who were injured in a collision may take legal action to hold that driver liable for their injuries. Even if a driver was not convicted of DUI, victims may be able to show that the driver’s use of substances caused them to be unable to drive safely. In these cases, a personal injury attorney can work with victims to obtain evidence showing that the driver was intoxicated at the time of the collision. This evidence may include medical records, prescription records, testimony from people who observed a driver before or after the crash, police reports, or footage of an accident captured by security cameras or traffic cameras.

If you or a member of your family have been injured in a car accident that was caused by a driver that you believe was under the influence of alcohol, drugs, or any combination of intoxicating substances, you need an attorney on your side who can help you hold this driver responsible for your injuries and damages. At Kinnally Flaherty Krentz Loran Hodge & Masur P.C., we can help you gather the necessary evidence to show that a driver acted negligently and put you at risk of harm, and we will fight to make sure you are fully compensated for all of the ways you and your family have been affected. Contact our Aurora car accident attorneys today at 630-907-0909 to arrange a complimentary consultation.