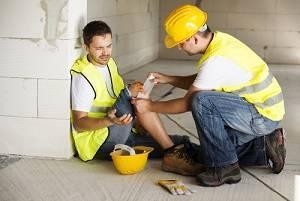 When you have been hurt on the job, your employer’s workers’ compensation insurance coverage should be available to offer you the benefits you need to recover quickly and get back to work. A work-related injury can be painful, of course, but it should not leave you struggling financially. It should be relatively easy to obtain coverage for medical treatment, rehabilitation, and even lost wages while you heal. According to Illinois Governor Bruce Rauner, however, it may be too easy to get workers’ compensation benefits, and he wants something done to fix the problem.

Coverage for a Workplace Injury

The Illinois Workers’ Compensation Act provides that any injury that arises out of and in the course of the injured party’s employment is intended to be compensable under the law. It is up to the injured employee to prove by a preponderance of the evidence that his or her injuries were related to employment. As far back as 2012—before Governor Rauner was even elected—state officials observed that courts in Illinois, as well as the Illinois Workers’ Compensation Commission (IWCC), have traditionally used very broad interpretations of the law to allow injured parties to collect benefits.

An opinion published by Illinois Attorney General Lisa Madigan in 2012 cited a case in which a state employee tripped over a curb in an employee parking garage on his way into work. The IWCC determined that the man’s injuries warranted workers’ compensation benefits. The opinion also referenced a case in which a worker was permitted to collect benefits after he was injured trying to dislodge a bag of snacks that had become stuck in a workplace vending machine.

In the governor’s opinion, such cases are examples of a system with few limits on what a worker can claim. With this in mind, Governor Rauner has expressed support for a law that would require a workplace or employer to be at least 50 percent responsible for a worker’s injury in order for the injury to be payable under workers’ compensation.  Skeptics, however, say that increasing the standard of causation to such a degree would force injured workers out of a job, essentially relegating them to welfare and the emergency room on their own dime.

A 50-percent responsibility requirement would, at the very least, force far more workers’ compensation claims into litigation. The process for recovering benefits, then, would not only be more difficult but more time-consuming as well.  The rights of workers need to be protected, and many believe that the governor’s suggested standard simply goes too far in the wrong direction.

If you have been injured on the job and are having trouble getting the benefits you need to get back on your feet, contact an experienced Kane County workers’ compensation attorney at Kinnally Flaherty Krentz Loran Hodge & Masur, P.C. today. Call 630-907-0909 for a free consultation with a knowledgeable member of our legal team.