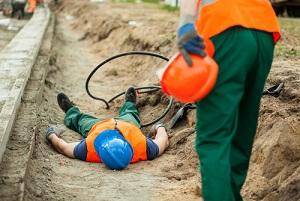 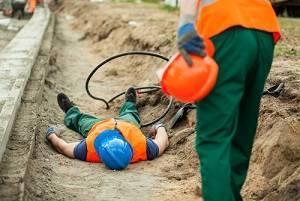 When you think of dangerous workplaces, a construction site is probably one of the first things that comes to mind. By nature, construction is a hazardous profession. The Occupational Safety and Health Administration (OSHA) reported that in 2016, one in five worker deaths were in the construction industry.

OSHA has defined four of the leading causes of worker deaths in the construction industry as the “fatal four.” These causes are:

These fatal four were responsible for more than half of construction-related worker deaths in 2016.

OSHA’s classification of falls includes falls on the same level and falls and jumps to lower levels. Falls to a lower level usually apply to instances when the injury is caused by the impact between the person and the surface of the lower level. The falls category also includes injuries caused by falls through surfaces or existing openings, falls on the same level due to tripping, and falls from collapsing structures.

These types of injuries occur when a person or part of a person’s body is pinched, squeezed, crushed, or compressed in operating equipment, between other moving or stationary objects, or in wire or rope. This classification also includes injuries resulting when a person tries to free themselves after being caught, as well as people caught in motorized garage doors or gates.

The construction industry is one of the most dangerous occupations a person can work in. If your loved one has suffered a fatality while working in the construction industry, you need the help of an experienced Aurora wrongful death attorney. Contact Kinnally Flaherty Krentz Loran Hodge & Masur P.C. to learn about options for receiving the compensation you deserve for the harm your family has suffered. Call 630-907-0909 to set up a free consultation.