First Responders Want to Reinstate Law Protecting Them from All Lawsuits 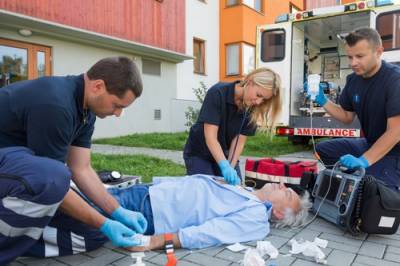 No one should be above the law. Yet, in the minds of some, this is exactly what a group representing firefighters and municipalities are trying to accomplish by introducing a bill that would reinstate the so-called “public duty rule.” The law, which dates back to the 1800s, broadly protected paramedics and firefighters from lawsuits while on the job, even when those actions stemmed from willful or wanton negligence. Essentially, no form of conduct – even conduct that intentionally or recklessly endangered the public – was considered reprehensible under the law.

Under any other circumstance, the public has the right to expect that they will be protected from harm or injury caused by negligence, recklessness, or maliciousness. Drunk drivers receive criminal penalties and may be taken to court for damages. Negligent physicians, nurses, anesthesiologists, and hospitals may be subject to malpractice lawsuits and, in some circumstances, could lose their license to practice medicine. Even business owners are expected to provide reasonable protections to their patrons; failure to do so makes them subject to a premises liability lawsuit.

Yet, under the former “public duty rule,” firefighters and paramedics had no accountability for their actions, which goes above and beyond what they should be offered as protection for their service to the public. Tort immunity laws already protect them from ‘frivolous’ lawsuits that may stem from human error or acts they may not have had any control over. So, the idea that anyone – government or otherwise – would attempt to reinstate a law that would allow them to act and work in ways that may endanger the public and take away all forms of recourse for victims is seen by many as incomprehensible and deplorable.

Earlier this year, the Illinois Supreme Court struck down the unnecessary public duty rule while reviewing a case involving a Will County woman who had died in her home from cardiac arrest. That lawsuit brought into question whether or not the paramedics acted negligently by not forcing their way into her home after she placed a call to 911, and if they should be held accountable for said negligence. The favorable ruling for the woman’s family paved the way for others who have suffered because of the negligence of paramedics and firefighters. But, in February, a bill was introduced to bring back the protection formerly provided, which would ultimately nullify the Supreme Court ruling in future cases.

Others, however, including the Illinois Trial Lawyers Association, are opposing the bill. The Association fully supports accountability for willful and wanton conduct, regardless of the status or profession held by the negligent party. Because no one should be immune from consequences for negligent, willful, malicious, or egregious behavior that harms innocent victims – not even the government.

Are You a Victim of Willful, Wanton, or Negligent Conduct? Our Attorneys Can Help

If you or someone you love has been injured or suffered a wrongful death because of someone else’s negligent, reckless, or malicious conduct, you may be owed compensation. Unfortunately, no one likes to be held accountable, and that means that the responsible party will do anything and everything they can to avoid paying the damages you may be owed. As such, it is critical that you find a strong advocate who will stand up to them and protect your rights.

At Kinnally Flaherty Krentz Loran Hodge & Masur, P.C., we do not back down against corporations, government officials, insurance companies, or other parties who try use fear tactics or escape plans against innocent victims. Instead, we protect the rights of our clients and advocate in our community to ensure their rights stay protected under current laws. Passionate about helping ordinary people, we would be honored to talk to you about your case. Call 630-907-0909 and schedule your free initial consultation with our experienced Kane County personal injury attorneys today.