Examining the Rise in Pedestrian Accidents 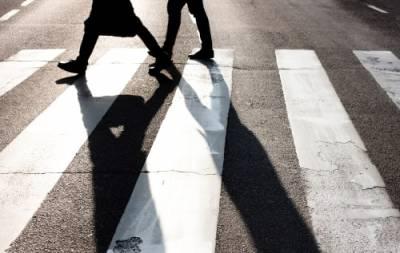 Why Pedestrian Fatalities Are Rising

Throughout the early portion of the 2000s, pedestrian fatalities were on a consistent decline, but over the past decade have risen to disturbing and unprecedented levels. According to safety officials throughout the United States, the rise can be largely attributed to increased driver negligence. According to the GHSA, intoxication often plays a role in collisions involving pedestrians. Driving while intoxicated is proven to impact a driver’s vision, decision making, and reaction time. Studies also indicate that an increase in cell phone usage has contributed significantly to the number of pedestrian fatalities. Despite the implementation of Bluetooth and other hands-free technology, drivers continue to text and drive. Taking your hands off the wheel and eyes off the road is a dangerous and negligent action.

Securing Compensation for Your Family

After seeking the necessary medical attention, it is important to act quickly in the aftermath of a car accident. If you are able to seek out as much information from the other driver including the make and model of their vehicle, the driver’s license plate number, and the insurance information of the driver. If the driver flees the scene, which occurs in roughly 12% of all collisions throughout the United States, contact law enforcement officials and gather information from any witnesses of the accident. As mentioned above, negligence plays a role in a significant number of pedestrian accidents, a police report can be used as evidence of the driver’s negligence.

Pedestrian accidents can result in serious injuries and even death, if you or a loved one have been injured in a pedestrian accident, your family deserves compensation. At Kinnally Flaherty Krentz Loran Hodge & Mazur, P.C., our firm is dedicated to helping our clients secure the compensation they deserve. Through conversations with eyewitnesses and law enforcement officials we will do everything in our power to prove that the other party involved was acting in a negligent or reckless manner. To schedule a free consultation with an experienced Kane County personal injury attorney, call us today at 630-907-0909.