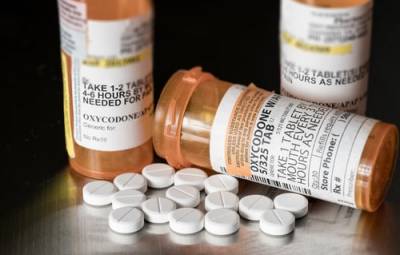 In 2016, Illinois Attorney General Lisa Madigan filed a lawsuit against an Arizona pharmaceutical company for deceptive marketing of a particular opioid drug. The suit alleged that the company intentionally sold the fentanyl-based drug to doctors emphasizing off-label uses.

Opioid prescriptions are believed by many to be driving the nation’s opioid abuse epidemic. In Illinois, specifically, there is also concern about doctors repackaging and selling opioid medications to patients with workers’ compensation claims.

A Settlement Could Be Forthcoming

The attorney general’s lawsuit addressed the prescription drug Subsys, a medication which the company’s website touts as a fentanyl spray designed to alleviate “breakthrough cancer pain.” Madigan claimed, however, that the company did not market the drug to cancer doctors, instead focusing on physicians who prescribe large amounts of opioid medications to their patients. In a statement, Madigan said that the company’s focus on profits resulted in a disregard for patient health and FDA guidelines.

According to national news outlets, the drug company in question seems to be setting aside money—as much as $4.5 million—for a potential settlement in the Illinois lawsuit.

The action taken by the attorney general may be appropriate, but it also highlights what many believe is a failure by the legislature regarding opioid prescriptions in workers’ compensation cases. As it currently stands, the state’s workers’ compensation system provides incentives—hopefully unintentionally—to doctors overprescribe medications, including dangerous drugs like opioids.

The issue, reform advocates believe, is that in Illinois, a doctor can sell medications directly to an injured worker rather than making the patient get the medication from a pharmacy. Doctors are permitted to repackage and mark up the cost of the medication then sell it to the injured worker—a transaction covered under most workers’ compensation claims. Thus, medications with high markup potential—or the possibility of addiction—may be attractive to doctors looking to increase their bottom line.

Physician-dispensed drugs currently account for more than 60 percent of all drug costs paid for by workers’ compensation in Illinois. In addition, doctors who dispense opioids directly to patients prescribe more than three times the quantity of drugs than those who make patients go to a pharmacy. Opioid use in workers’ compensation cases also makes the worker much more likely to miss more work, not to mention the danger of long-term addiction.

No Real Action on the Horizon

There have been several efforts in recent years to ban physician-dispensed opioids in workers’ compensation claims, but thus far, reform efforts have fallen short. The most recent bill was introduced in February of this year, but the measure never even made it a full vote in the House. Interest groups and advocates for injured workers would like the state take such concerns more seriously in the near future.

If you have been injured at work and have questions about getting the benefits you need, contact an experienced Kane County workers’ compensation attorney. Call 630-907-0909 for a free consultation at Kinnally Flaherty Krentz Loran Hodge & Masur, P.C. today.