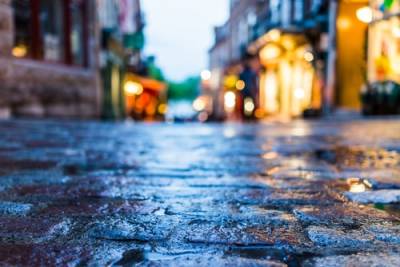 When you suffer an injury in the course of performing your job, you are usually eligible to collect benefits under the Illinois Workers’ Compensation System. Workers’ comp benefits typically cover medical costs, lost wages, and other expenses that you may have incurred as the result of your injury. But, getting hurt at work is not necessarily the same as getting hurt in course of performing your job, as an Illinois appeals court recently determined.

The case arose out of a 2012 injury sustained by a woman who worked at a DuPage County high school. The woman fell as she was leaving the building to go home for lunch, slipping on wet pavement on a handicap ramp. According to court documents, the woman stumbled, struggled to regain her balance, then fell forward “face first onto the pavement.” She was subsequently diagnosed with a broken nose, post-concussive syndrome, and injuries to her shoulder and hip.

The injured woman filed a claim for workers’ compensation benefits, as the incident had occurred during her normal workday on school premises. An arbitrator determined that the injuries should be covered by workers’ compensation because they had occurred within the scope and course of her job duties. The school, however, appealed and the Illinois Workers’ Compensation Commission (IWCC) overturned the arbitrator’s ruling. The IWCC found that the woman did not sufficiently prove that her injuries arose from her employment or a hazardous condition on a job site.

The injured woman appealed even further, taking the matter to trial in DuPage County court. The trial court upheld the IWCC’s decision, so the woman appealed again. A three-judge appeals court panel took up the case and issued a ruling last month. The appellate court determined that the woman’s risk of slipping on the wet pavement was no different than that of the general public. Her job did not increase her chances of getting hurt. Awarding workers’ compensation benefits in such a case, the court ruled, would set a precedent holding employers liable for injuries sustained as a result of an “activity of daily living” such as walking to one’s car in the rain.

Situations like these make it difficult for individuals to know what to do when they get hurt while at work. If you have sustained an injury on the job, an experienced Illinois workers’ compensation attorney can help you explore your options for collecting the benefits you need to get back on your feel. Call Kinnally Flaherty Krentz Loran Hodge & Masur, P.C. at 630-907-0909 for a free consultation today.