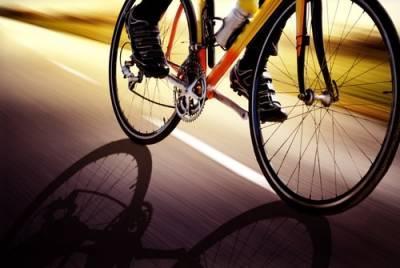 When a person is injured due to the failure or poor performance of a defective product, he or she may usually seek compensation from a number of parties. In many cases, the maker of the product may be held liable, along with distributors, retailers, and other entities involved with the production, preparation, and sale of the product in question. Determining which party is truly at fault can be challenging, of course, but doing so is necessary for obtaining the damages the injured person needs to put his or her life back together.

Some of the difficulties were recently highlighted in a case that is currently pending in Illinois. In this case, a Taiwanese bicycle manufacturer petitioned to be removed as a defendant due to a lack of personal jurisdiction by Illinois courts.

A Line of Defendants

According to court documents, an avid cyclist purchased a new Giant bicycle from an Illinois shop that was licensed to sell Giant brand products. She had bicycled tuned at another Illinois business licensed to sell service Giant brand products and proceeded to take the bike on a long-distance organized ride in Iowa. During the event, a carbon-fiber structural piece of the bicycle failed, causing her to fall and suffer injuries.

The woman subsequently filed suit against both Illinois companies, as well as Giant Manufacturing, the Taiwanese company that made the bicycle, and Giant Bicycle, a Virginia-based distributor of Giant products. In response, Giant Manufacturing filed a motion to be removed as a defendant claiming that Illinois courts do not have personal jurisdiction over the company. The company’s reasoning was based on the claim that it does not directly do business in Illinois. The manufacturer further claimed that the distributor also named in the suit was not a wholly-owned subsidiary and that no formal agreement existed between the manufacturer and distributor for selling Giant products in the United States.

As the trial unfolded, it was revealed that Giant Manufacturing does, in fact, have at least one warehouse and a team of employees in the Chicago area. The distributor was also shown to be a wholly-owned subsidiary as well, though its ownership was clouded by additional levels of subsidiaries. Thus, the trial court refused to dismiss Giant Manufacturing as a defendant. The company requested and received permission to appeal the decision, but the appeals court affirmed the trial court’s ruling, noting that the “claim that [the company] did not know its bicycles were being sold in Illinois is disingenuous.” As a result, Giant Manufacturing will remain a part of the lawsuit, which is still ongoing.

Call Us for Help

If you have been injured by a dangerous or defective product, it can difficult to determine who should be named as a defendant in your case. The experienced Kane County product liability attorneys at Kinnally Flaherty Krentz Loran Hodge & Masur, P.C. can help you make the best decisions for your case and will work with you in pursuit of the justice you deserve. Call 630-907-0909 for a free consultation today.