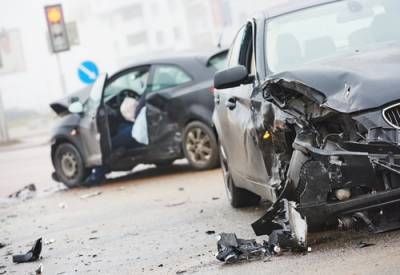 When a person files a lawsuit in the wake of a car accident, slip-and-fall, or other personal injury matter, they hope to recover enough in the way of damages to address the losses they have suffered. These losses generally include expenses related to physical injuries, as well as lost wages, property damage, and more. What many victims do not realize, however, is that their compensation may be reduced, as it is fairly common for an injured party to share in the liability for the accident. The legal doctrine under which a personal injury can be reduced for this reason is called “comparative negligence.”

One of the first questions in any personal injury matter is “Who was at fault for the accident?” Under the principles of common law, historically, if the injured party played any part in causing the accident, he or she was barred from seeking compensation from anyone else. The thought process was that a person has the duty to reasonably protect themselves from injury, so failing in that duty was seen as grounds to bar recovery.

Over time, U.S. states began to shy away from this principle, which is called “pure contributory negligence.” Lawmakers realized that it was unfair to deny recovery in a case where, for example, the injured party was only 10 percent responsible for the accident. While four states and the District of Columbia still maintain pure contributory negligence laws, all of the other states—including Illinois—have adopted comparative fault standards. There several different versions of comparative fault standards, but the most common allow a plaintiff to recover damages as long as he or she is not more than 50 percent responsible for the accident.

In Illinois, the statute that addresses comparative negligence explicitly states that a victim can pursue recovery as long the victim’s blame for the accident is not greater than 50 percent. If the victim’s percentage of blame is determined to be greater than 50 percent, recovery is barred. The 50 percent limit is fairly straightforward when there are only two parties involved, but where there are more possibly liable parties, things can become infinitely more complex.

It is important to understand that comparative negligence allows an injured victim to collect compensation, but it also affects how much he or she can collect. Illinois law provides any damages awarded must be reduced “in the proportion to the amount of fault attributable to the plaintiff.” This means that if a victim suffered $100,000 in damages but was 30 percent responsible for the accident, he or she would only be entitled to collect $70,000—a reduction of 30 percent.

If you have been injured in a car accident or any other type of accident for which you are being partially blamed, contact an experienced Aurora personal injury attorney for help. Call 630-907-0909 for a free consultation at Kinnally Flaherty Krentz Loran Hodge & Masur, PC today.