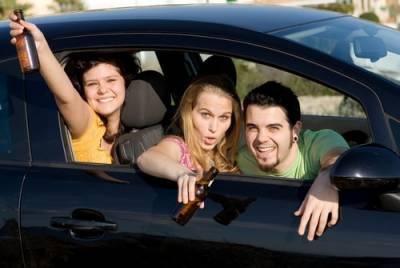 According to the Centers for Disease Control and Protection, car accidents are the leading cause of death for teenagers in the United States. Getting into a car accident is a traumatizing enough experience, but the situation may be further complicated if the driver is a teenager.

More than 30,000 people are killed in car crashes each year. Considering teen drivers have the highest probability to be involved in a crash, there is a good possibility that you may get in a car accident with a teenage driver. Although the majority of teen drivers have recently completed driver education courses and should have a fresh memory of safety, accidents with teenage drivers are often caused by reckless activity.

The following are some of the most common causes of teen driver car accidents:

Alcohol: Having a driver's license gives teenagers a whole new world of possibilities. Without a parent having to drive a teenager places, there is less supervision and more independence. While this benefits busy families, teenagers may take advantage of this opportunity with no parents around to experiment with alcohol while underage. In 2016, of all car accidents that involved teenagers aged 16-20, 15% of those underage people had a BAC of 0.08% or higher. For any person of age, that level of alcohol behind the wheel would be considered a DUI. Teenagers do not have experience with alcohol when knowing they are too drunk to drive. A teenager may also be afraid of getting in trouble for drinking if they call for a ride.

Inexperience: A teenager’s sense of intuition and decision-making skills are still developing. Driving requires making fast decisions that will impact the safety of others. When getting behind the wheel of a car, teenagers are less likely to recognize dangerous situations, and may unintentionally create a dangerous situation. A teenager with access to a car will want to pick up their friends. Having other teenagers in the car can create distractions. Even an experienced driver can cause an accident while being distracted by a passenger or cell phone.

No matter the age of a driver that caused an accident, if you experience pain and suffering, you are entitled to compensation. Contact an experienced Aurora car accident attorney to make sure your needs are taken care of after a car accident. Call our office at 630-907-0909 to schedule a free consultation.