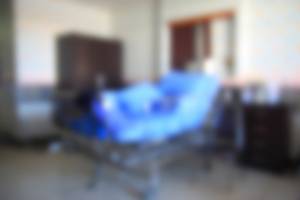 According to court documents, the mother had been diagnosed with gestational diabetes during her pregnancy. The staff at the center she was being treated at had allegedly determined that her diabetes was being poorly controlled, which increased her risk for having an overly large baby. It also increased her risk for a number of birth-related complications, including shoulder dystocia.

When the mother was admitted to the hospital for delivery, medical staff allegedly administered the contraction-inducing drug Pitocin. Court documents state that she began to experience abnormal uterine activity and that the baby began to experience continuous drops in heart rate, indicating fetal distress. Yet, despite the warning signs, and despite voicing a desire to deliver cesarean, the mother was allegedly forced to deliver vaginally.

Complications allegedly arose during the delivery portion of the birth, with the baby’s shoulders being stuck inside the birth canal until the administering physician could arrive. It was allegedly because of those complications that the baby suffered low APGAR scores, intubation, bruising and swelling of the scalp and face, right Erb’s palsy, floppiness, and a fractured right clavicle. At five days old, an MRI revealed extensive brain damage.

The center where the mother gave birth is a non-profit neighborhood health center. She claims they were medically negligent and careless in treating her and her daughter, and she is accusing the center of hiring incompetent physicians, failing to train their staff in obstetrical matters properly, and for failing to have competent supervision in obstetric. The United States government is the defendant in her case because it is a governmentally funded facility. But does this necessarily make them responsible? While not a typical case, only time will truly tell.

When someone is to blame for your baby’s suffering, it is only right that they pay damages for the long-term medical, emotional, and physical care for the injury they caused. However, because these cases are often complex and high profile, it is suggested that you seek help from an experienced medical malpractice attorney.

Kinnally Flaherty Krentz Loran Hodge & Masur P.C. can help. With more than 100 years of experience in fighting for victims, we can provide you with aggressive and creative advocacy. Schedule your free initial consultation with our Kane County medical malpractice attorneys today. Call 630-907-0909.