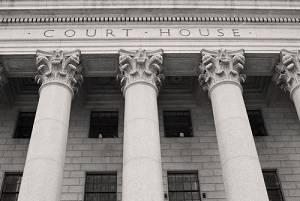 When you have been injured in a motor vehicle accident that you believe was the result of another party’s actions or negligence, you have the right to seek compensation from the at-fault party. If the matter cannot be resolved through negotiation and compromise, filing a lawsuit may be the next logical step. Where you choose to file your action is an important decision, as the forum you select must have jurisdiction over the parties involved. This was recently called into question in a lawsuit stemming from a headline-grabbing accident from 2014 involving an automobile and interstate bus en route from Atlanta to Chicago.

In October 2014, a double-decker Megabus was traveling on Interstate 65 near Greenwood, Indiana as it made its way to Chicago from Atlanta. A car on the same highway lost control and hit a barrier, causing the car to become disabled on the roadway. The Megabus hit the car, and the driver overcorrected, leading the bus flipping on its side, court documents indicate. The crash injured a number of passengers, 12 of whom filed lawsuits against the bus company alleging driver negligence.